When should I change oil?

In engines, there are parts which move against each other causing friction which wastes otherwise useful power by converting the energy to heat. Contact between moving surfaces also wears away those parts, which could lead to lower efficiency and degradation of the engine.

This increases fuel consumption, decreases power output and can, in extreme cases lead to engine failure. Lubricating oil creates a separating film between surfaces of adjacent moving parts to minimize direct contact between them, decreasing heat caused by friction and reducing wear, thus protecting the engine. In use, motor oil transfers heat through convection as it flows through the engine by means of air flow over the surface of the oil pan, an oil cooler and through the build up of oil gases evacuated by the Positive Crankcase Ventilation (PCV) system.

Coating metal parts with oil also keeps them from being exposed to oxygen, inhibiting oxidation at elevated operating temperatures preventing rust or corrosion. Corrosion inhibitors may also be added to the motor oil. Many motor oils also have detergents and dispersants added to help keep the engine clean and minimize oil sludge build-up. The oil is able to trap soot from combustion in itself, rather than leaving it deposited on the internal surfaces. It is a combination of this, and some singeing that turns used oil black after some running.

Car care can be confusing! Use the Napa Auto Care tool below for easy to understand information on how we keep your car on the road. 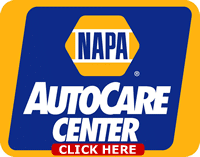